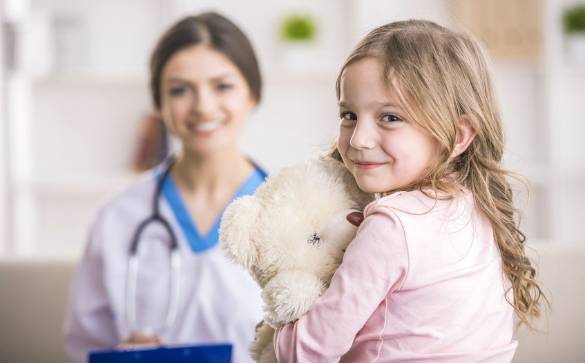 Hand, foot, and mouth disease is a common viral infection that often affects infants and children. It has been commonly confused with Hoof and Mouth Disease for years, which only affects cattle and sheep. A common misconception is that the disease is transferred via animals. It is important to note that these are two very different diseases and that humans cannot get Hoof and Mouth Disease.

HFMD is caused by viruses in the Enterovirus genus group.  These include:

• Enterovirus 71, the most common cause in children in East and Southeast Asia

• Coxsackievirus A16, the most common cause of the disease in the United States

As a communicable disease, the viruses that cause HFMD are found in the infected person’s nose and throat secretions, blister fluid, and feces.

People are generally most able to pass on the disease during the first week of contraction, however, they can remain contagious for up to a few weeks.

The onset of HFMD is characterized by

• a general feeling of being unwell

Painful sores can then develop in the mouth along with a skin rash that typically develops on the hands and feet.  A rash will sometimes appear in other places such as arms, legs, and genitalia.  The rash can be painful and itchy, which can cause extreme discomfort in some cases.

Some people, typically adults, who develop the disease will show no symptoms at all. While they don’t appear to have HFMD, they can still pass the virus on to others. The disease is generally mild for most people, although some cases can be more severe than others.

In rare cases HFMD requires medical attention. Dehydration is the most common cause of hospitalization from the disease. Young children are especially susceptible to this because sores in the mouth can make swallowing fluids difficult.

As of right now, there is no vaccine in the United States that protects against hand, foot and mouth disease. However, you can decrease the risk of being infected by practicing the following:

• Washing your hands often, especially when you come in contact with someone who is infected with the disease.  The CDC recommends washing with soap and warm water for at least 20 seconds.

• Clean and disinfect surfaces that are touched often, such as doorknobs, handles, and toys.  Using a product that sanitizes and is guaranteed to kill germs and bacteria is best.

• Avoid close contact with people who have HFMD. This includes kissing, hugging, or sharing utensils and cups.

Hand, foot and mouth disease is a virus and must run its course. It can take from a week to a month to completely clear up. There is no treatment to speed up the course of the virus but there are steps you can take to relieve some of the symptoms, these include:

• Over the counter medications to relieve pain and fever

• The use of anti-itch topical creams for skin rashes

Staying hydrated with hand, foot and mouth disease is extremely important. This can be difficult for people suffering from painful blisters in their mouth or throat. If you or someone you know is suffering from HFMD and is unable to swallow enough liquids to stay properly hydrated seek medical attention - an IV of fluids may be necessary.

HFMD is generally a mild illness, but in extreme cases it can be serious requiring immediate medical attention. If you or your child is suffering from HFMD contact BASS Advanced Urgent Care in Walnut Creek today.